The Business of the Year: Superior Asphalt

Jeff Kresnak learned at a young age that working hard was his key to independence. So at 16, he tapped his savings and invested in the equipment he needed to pave his way to suc…
517 Staff 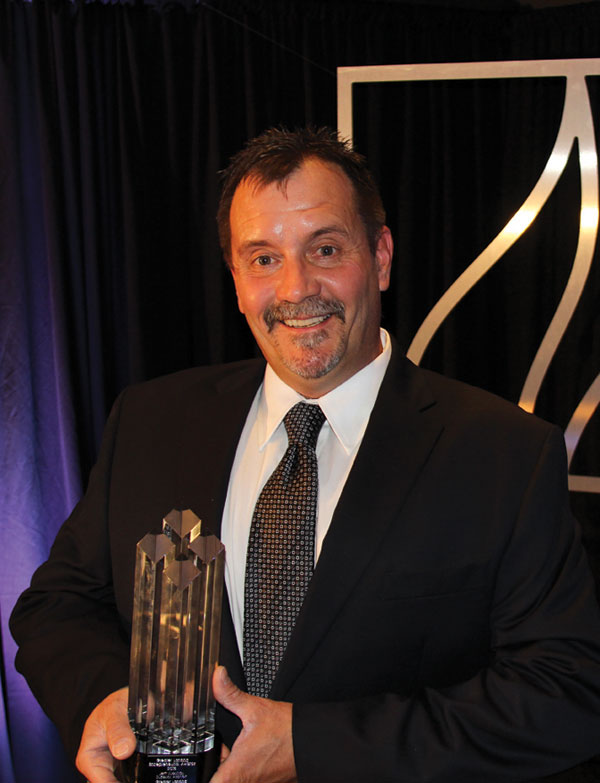 Jeff Kresnak learned at a young age that working hard was his key to independence. So at 16, he tapped his savings and invested in the equipment he needed to pave his way to success.

Because of Kresnak’s vision and perseverance, the Greater Lansing Business Monthly named Superior Asphalt the 2015 Business of the Year.

“I feel very fortunate that I’ve been able to put together a staff and crew and to have all the loyal customers who made this award possible,” says Kresnak. “What makes me feel really great is that the people around me are just as enthused and happy about this award as I am.”

Starting From the Outside

Kresnak’s road to business began in the great outdoors. Growing up in Grand Rapids, he started working on a farm at the age of 10, and developed a work ethic and sense of independence that stayed with him.

“I realized very young that there wasn’t anyone to help me, so I needed to help myself,” says Kresnak. “I was very independent and put my nose to the grindstone. I worked as hard as I could, six or seven days a week, so I could prosper and survive.”

As a teen, Kresnak trapped and sold furs with his grandfather; he also worked in a local body shop. When he later got a side job sealcoating driveways, he knew he had found a calling.

“I loved working and being outside,” says Kresnak. “It made me think what a nice job it would be to work outside all summer long.”

Within a year or two, Kresnak used his savings to finance all the basic equipment he needed to roll into the asphalt business. He purchased a one-ton dump truck and a small asphalt roller. He enlisted a couple of his friends to form a crew, and began laying the groundwork for the company he would found at the age of 21.

“At first, everything was handwork,” remembers Kresnak. “We took one shovel at a time off the dump truck and did potholes and utility cuts. We developed a niche for being really good at repair work.”

In time, Kresnak bought a larger dump truck and hired additional crew. He launched Superior Asphalt in 1983, building what has stood as the only locally-owned and operated asphalt producer that serves Central and Western Michigan.

“I’ve been surrounded by friends and family who always let me know that hard work pays off,” says Kresnak. “I always say, too, that if I can do it, anyone can.”

Kresnak steadily grew his company from a handful of people to a staff of about 140. Today, Superior Asphalt holds the distinction of being just one of a few Michigan-owned companies that manufactures asphalt, making it stand apart from the pack of similar companies doing business in the state.

“A lot of companies lay asphalt, but it takes a lot of know-how to make it,” says Kresnak. “We’re the only asphalt manufacturer in the state that is truly Michigan-owned. That makes it really cool for us and something we’re super proud of.”

Kresnak says that the two hot mix asphalt manufacturing facilities allow Superior Asphalt to be in complete control of the materials supplied to paving crews and customers. To further ensure the availability of quality resources, Kresnak is working to obtain the necessary approvals and permits to mine aggregates in Ionia County’s Danby Township.
As one of the “little guys,” Kresnak says Superior Asphalt can hold its own and provide the signature service and attention that keeps customers coming back. While parking lots are a mainstay, Kresnak says his crews are equally skilled paving everything from driveways to highways and fixing potholes.

The company takes pride in giving back to the community through support of charitable and church organizations, local sports boosters, and educational and scholarship programs. Paving services have also been donated to schools, recreation centers and the Eaton County 4H Fairgrounds.

“What makes me really happy is when a customer calls with a compliment or we receive a referral,” says Kresnak. “Those moments are the proudest for me because it involves the whole company. I don’t see myself as the whole bag of chips. I just work and surround myself with good people.”